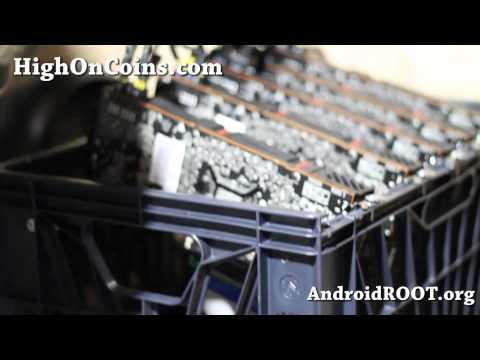 US Taxes, and Mining - How it affects and complicates your tax return.

This won't be a guide so much, as more as me just sharing the tax realities of the US government when it comes to cryptocurrency, and my feelings on the matter. I will be linking to a number of references and articles however. I encourage you to read further.
Ultimately what you do is between you, your conscience, and your government.
My personal perspective:
My understanding of the matter is that mining creates an absolute nightmare from an accounting perspective relative to tax reporting. So much so that the administrative "cost" of tracking what is needed, completely removes the incentives for me. This is expressly and even more of an issue for new altcoins, as online services set up to try to help with this problem have a delay in supporting less popular, or new coins, wallets, and exchanges.
I started getting into crypto in late December as it's a slow period at the office, and friends and family were starting to ask me about crypto. I was aware of crypto, but not the full intricate details. It took me a few hours to get mining, and a week to learn in depth knowledge of optimization. For me this was a hardware tweaking nerds dream, so I immediately understood the appeal. I got involved in this community, and wanted to share my knowledge. With only a few exceptions, the info that I was finding out there was quite fragmented, or poor quality. I created 2 Tutorials here in that time:
Tutorial: Mining and Wallets - A comprehensive guide for new miners
Tutorial: How to improve your Hash Rates with xmr-stak
Happy New Year! It's tax season
With the new year comes tax season. This is something that was on my mind, but I hadn't yet looked into as I was just becoming satisfied with the technical aspects of cryptocurrency and mining. Prompted by a post on /personalfinance and relevant to the surge in popularity with Bitcoin and others being in the news, I ran across this fantastic post:
Crypto-Currency: A Guide to Common Tax Situations
I'm going to barrow and expand on what this means specifically to mining here, but please read the above post, as well as it's reference links and discussions.
The United States IRS, and Cryptocurrency:
The US IRS considers cryptocurrency to be a property, and is taxed as such. This makes selling, exchanging, mining, and even using it in some cases to be taxable events. Buying and holding it forever may not even avoid you a taxable event, should the currency fork (BTC to BCH).
In 2014 the IRS published IRS Notice 2014-21 on crypto currency to provide guidance on the usage of virtual currency. It is done in Q&A format.
Specific to mining it states:


Q-8: Does a taxpayer who “mines” virtual currency (for example, uses computer resources to validate Bitcoin transactions and maintain the public Bitcoin transaction ledger) realize gross income upon receipt of the virtual currency resulting from those activities?
A-8: Yes, when a taxpayer successfully “mines” virtual currency, the fair market value of the virtual currency as of the date of receipt is includible in gross income. See Publication 525, Taxable and Nontaxable Income, for more information on taxable income.
Q-9: Is an individual who “mines” virtual currency as a trade or business subject to self-employment tax on the income derived from those activities?
A-9: If a taxpayer’s “mining” of virtual currency constitutes a trade or business, and the “mining” activity is not undertaken by the taxpayer as an employee, the net earnings from self-employment (generally, gross income derived from carrying on a trade or business less allowable deductions) resulting from those activities constitute selfemployment income and are subject to the self-employment tax. See Chapter 10 of Publication 334, Tax Guide for Small Business, for more information on selfemployment tax and Publication 535, Business Expenses, for more information on determining whether expenses are from a business activity carried on to make a profit.


What this means is that depending on the amount of effort you put into mining, it is either considered a hobby or a self-employment (business) activity. The IRS provides the following list of questions to help decide the correct classification:
As a rule of thumb, randomly mining crypto on an old computer is probably a hobby; mining full time on a custom rig is probably a business.
What does this mean for me and my mining??
Most of you are likely to fall under mining as a hobby, so you'll have to report your earnings Schedule A on line 21 of your tax return. If you have a multi GPU rig mining full or mostly full time, you're going to be classified as a business, you will report on Schedule C (and have more options for deducting costs), but I will strongly recommend those individuals consult a CPA.
Mining in a pool isn't well defined, but I generally consider the pool payout and coin sent to your wallet to be the point where your income is realized. Since this is to be reported as income (often referred to as "other income").
You then need to find what the value your virtual currency was relative to USD at the time that it was mined. This will mean you will have hundred, potentially thousands of transactions. From Dec 20 to the end of the year, I had over 100 payments from my mining pools. And will have to track the conversion prices for each time you were paid by your pool. This works very similar to shares of a stock acquired through ESPP or dividend reinvestment, except you are now the one that has to do all the accounting, as there is no brokerage firm to do that work.
Reporting the income is actually the easy part, once you've at least obtained the value for your currency at the point of being mined. Add up the total and add it to line 21 of your Schedule A and you're done, at least for now until you sell, trade, or spend.
Selling the coin to an exchange for FIAT is a taxable event for the calendar year in which it is sold. For each of the above shares you tracked as stated above, you will take the difference in value to when it was sold, and that difference is your profit, or loss, and you are taxed on that value as capital gains tax. You will also be listing each "share" sold on your return, I again group these as each transaction paid out. For example if your pool paid you 10ETN on 12/24/2017, you would have a line on your return reporting the USD value for 10ETN on 12/24/2017, and then the USD value of 10ETN for the date it was sold. You can consider it like owning 10 shares of stock in ETN, and each transaction or grouping of shares would be reported. If you received a faction, such as 0.4ETN as the entirety of the transaction, that would still have it's own line when reporting capital gains.
Swapping your ENT for BTC is also a taxable event, even if you don't cash out. This is subject to the same rules as cashing out.
Buying goods and services is also considered a taxable event, and the same as cashing out.
You can give ETN to someone, and it is not considered taxable, but may be subject to gift tax depending on the value of the amount gifted.
Conclusions
I am not a CPA, and thus not an expert, please do your own research. I wanted to bring this topic up as it is important, and for me it creates so much of a administrative barrier that I have stopped all mining completly. Reporting capital gains (especially for ESPP) can be a lot of work even with all the accounting done by your brokerage and employer. It may be possible in the future that software can automate a lot of this, high frequency trading has a lot of similar issues but since brokerages are still involved there's a lot of tracking already. I've looked at solutions like CoinTracking.info, however importing from ETN wallets is not currently supported, and so current options are just as manual as keeping a spreadsheet at the moment. Buying and selling through an exchange can be more easily automated for the generation of tax forms, should your exchange be supported (and Cryptopia is). And in general buying is done in larger blocks of ETN, so it is less lines to deal with, and values in USD at the time of inquiring to track. Mining on an pool with a high pay out may help a bit, but could also distort the IRS definitions since some of those coins would have been "mined" day's earlier and just held for payout. This is very much grey area.
Cryptocurrency Facts has a great article on this topic that provides a wonderful and simple break down of things.
If you're considering not reporting, or just not reporting your earnings and only doing capital gains, be warned. The IRS is increasingly looking at cryptocurrencies, and if you get audited, you will be in a world of hurt. Only reporting your capital gains can be problematic if you did not report your earnings. You will also have a hard time showing your profits if you do not track the value of the coin at the time you acquired it. Exchange information may be requested by the government, and you could get audited based on that. Random audits can and do happen and it may not even be for many years, but the can and will look at your past returns, and you will pay penalty fee's for under reporting.

Find out about the hottest bitcoin events and conferences which are taking place with our calendar. Get involved today! Genesis Mining has provided bitcoin cloud mining services since 2014. It has a spectacular website and its social networks are constantly updated with information on cryptocurrencies and the evolution and progress of their service. In this service, you can choose the cryptocurrency you want to mine by choosing between Bitcoin, Litecoin, Dashcoin, Ethereum, Zcash, Dogecoin, and Monero depending ... Frequency 1 post / day Since Feb 2014 Also in UK Bitcoin Blogs Blog blog.cex.io Facebook fans 43.5K ⋅ Twitter followers 39.3K ⋅ Domain Authority 63 ⋅ Alexa Rank 10.1K View Latest Posts ⋅ Get Email Contact. 17. Gemini Blog. New York, United States About Blog Gemini Is Now the World's First Licensed Bitcoin and Ether Exchange. The Next Generation Digital Asset Exchange. Frequency 9 posts ... Bitcoin is a new technology and as such there is little to tell us at what point the spread between the price of Bitcoin and the cost of mining will force a correction. We don’t seem to be there ... The Bitcoin halving is scheduled in block height, not date. The halving happens every 210,000 blocks. The 2024 halving will happen on block 840,000. What Happens to Miners During Halvings? Many always speculate that miners will shut down after the halving. The reality is most miners are very smart and price in the halving, so they don't end up shutting down any miners. When is the 2024 Bitcoin ...